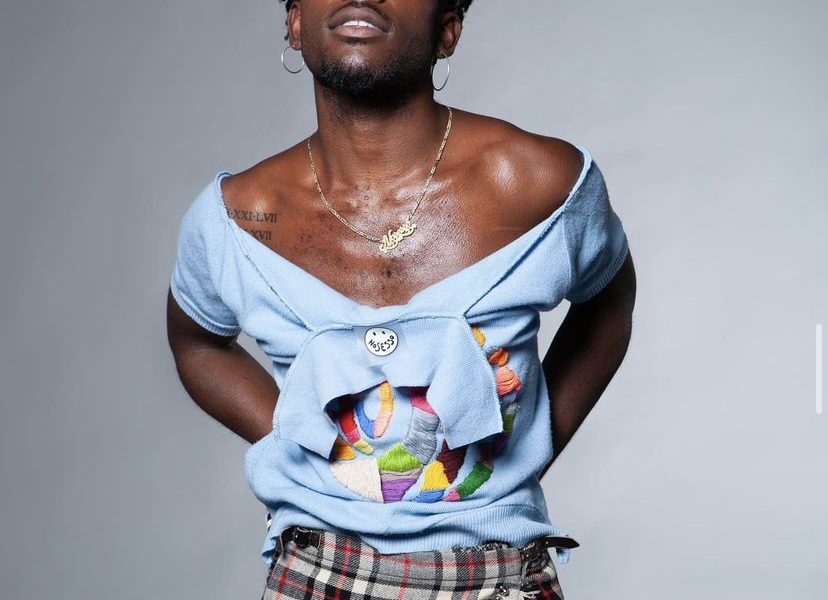 The Road to Genderless Clothing

The Heian Era, Middle Ages Europe, and the Rick Owens Spring 2012 collection had at least one thing in common: men wearing skirts.

Fashion trends are created, recycled and repeated, and the fine line between femininity and masculinity isn’t an exception. For decades, unisex clothing was the bridge between two genders. But society and gender norms are changing, and the mainstream fashion industry needs to keep up.

In 1966, Yves Saint Laurent introduced Le Smoking Suit – a tailored suit for women with pleats and shapes that elongated legs and accentuated curves. Many had been anticipating this for a lifetime; it had broken gender boundaries in fashion. Fast forward precisely 50 years to the 2016 release of Zara’s ‘Ungendered’ line, showcasing cis-gendered men and women modeling masculine box-shaped, dull, dark clothing. According to the general consensus on Twitter, this unisex line was boring and not at all inclusive, especially for transfeminine people. In contrast with the YSL suit that debuted half a century prior, the Zara line was considered timid, masculine, and non-reformative. But why?

I spoke with Cypress Rollins, a tailor, shoemaker, and dressmaker from New Orleans, Louisiana about this topic and his words really helped educate and shape my views. “The problem with unisex clothing today is that it portrays this masculine imperialism, pushing menswear onto womenswear,” he said. “I think menswear that incorporates feminine elements makes it look better. Women’s clothing has always looked better. Men should be getting ideas from them, not the other way around.”

In a survey I conducted on my personal Instagram, 82% of women age 16-30 have shopped for menswear, while only 20% of men had ever shopped in the women’s section. Although only relative to my sphere of friends and followers, the survey emphasizes a clear distinction between the exploration of gender norms for men and women.

In a Q&A on Zoom, I asked award-winning non-binary writer, public speaker, and model, Jamie Windrust, his views on unisex clothing.

I have always noticed the absence of genderfluid stores, and the obvious line between men’s and women’s sections in clothing stores – it makes me wonder how many other people feel uncomfortable with this.

DaJuan Harris, a dancer from New York City, buys most of his clothes from the women’s section in stores. “I identify as non-binary, but men’s clothing is a lot more boring than women’s clothing,” said DaJuan. “The other day, I went into a women’s store, and the worker said something to me that was offensive. Some people are not used to seeing genderfluidity represented in clothes yet.” Harris believes that separating clothing by gender is not inclusive for gender non-conforming people. But this barrier does not stop him from being true to himself.

“I like the attention. It’s like I’m a big illusion. Kind of like a mystery to the masses,” Harris goes on to explain, “I advise people to wear whatever they want. People are going to like it, or they’re not; that’s just the reality.”

Gen-Z designers, artists and models are at the forefront of bringing fresh ideas and revisiting past trends to influence brands to scrap unisex and uphold genderfluid fashion. Brands like No Sesso, Art School, Harris Reed and Charles Jeffrey Loverboy are only a few genderfluid brands that have taken the industry by storm in recent years.

David Stoneham has modeled clothes for No Sesso and spoke with me about similar genderfluid lines.

“Clothes do not have a gender, they are just garments that we put on our body to cover up,” said Stoneham, “I feel like genderfluid brands like No Sesso, which means ‘no sex’ in Italian, are amazing to have.”

In my survey, I also asked people if stores should still be separated by gender. It revealed that 58% of my followers wanted all stores to be genderless, not separated by men’s or women’s sections.

A common criticism is that genderfluid and high-fashion brands, who incorporate genderfluidity in their clothing, can be inaccessible due to their price range.

“I love these brands; they’re amazing. I just wish it was more accessible and mainstream. It’s costly to shop some of them,” said Harris. “But also, these items are handcrafted, so I understand. But it also limits many people who want to be a part of this pact.”

David Stoneham also understands that these big brands can be inaccessible due to their high prices, but he did give us some advice on ways to shop fluidly for cheaper.

“You can go to thrift stores and find cool stuff, especially if you look hard enough,” he explained. “Honestly it doesn’t even matter about being fluid. You need to find something that you feel good in.”

Eliminating gender labeled signs that separate clothing in stores would make transgender and gender non-conforming people feel more included in society. It would ultimately highlight that clothes have no gender.

Gen-Z designers have taken inspiration from renowned designers like Rick Owens to base their ideas. Since the early 2000s, Rick Owens’ pieces have always exhibited a certain genderfluidity.

Creating genderless clothes requires reshaping men’s and women’s clothes, taking elements from each and combining them. To cater to both masculine and feminine presenting people, designers should cut patterns and drape mannequins differently.

Many consider Rick Owens as the ‘Godfather’ of genderfluid fashion. Despite this, he does not claim glory for its influence in modern history, nor does he seem to give much credit to Gen-Z either.

“I don’t understand why this generation thinks they invented genderfluidity,” said Owens in an interview, “They did it harder, stronger, and louder in the ‘70s…and in the 16th century Japan.”

“His (Owens) work is all about shapes and technicalities,” said Rollins. “You don’t want to sacrifice the aesthetic for a political statement. He creates his clothes like this because it looks good, not to jump on the bandwagon or cater to what’s trending that season.”

While there are certain groups in the fashion industry that are clearly making efforts to normalize genderfluidity, society has a long way to go before clothing can widely be considered ‘genderless.’

“Unfortunately, I don’t think society will completely get rid of gendered clothing anytime soon,” said Stoneham when reflecting on the future of fashion. “But somewhere in the near future, I think we will reach a point where we won’t be focusing that much on gendering clothing.”

Together, clothes and gender have endured many bumps along the road throughout the centuries. Men in the Victorian era were dandies with their pussy bows. In the 70s, bell-bottoms and floral prints took center stage for men and women alike. All these articles would be considered feminine in our modern-day society. The illusion that clothes have gender has existed for centuries, but this is now being changed and slowly dismantled.