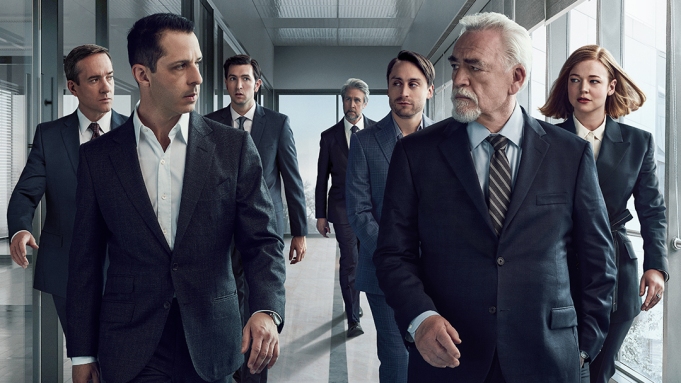 Succession: Everything You Need to Know About Everyone’s Favorite Evil Family

If you didn’t know, Succession is one of HBO’s best pieces of television in years (and that is saying something since we know the quality that HBO is able to put out). Succession is back after a two-year hiatus with Season 3 of the show and things are heating up with the Roy Family but before we get into that some background:

Who are the Roy’s?

The Roy family are the people behind the fictional media conglomerate Waystar Royco. They are one of the most dysfunctional families on television to date, and everyone has way too many daddy issues. (You’d think with all that money they could afford a therapist but…) Basically, if you’ve ever listened to Dynasty by Rina Sawayama, you know the Roy’s.

Logan Roy: The head of the family and the founder and CEO of the company. Before the show starts, we know that Logan has been preparing his family to take over after him as the new leader of Waystar Royco. He is messy as messy can get and loves to pit his children against each other. He is played by Brian Cox

Connor Roy: The oldest Roy child. He has almost nothing to do with the economy and everything to do with wanting to be the President of the United States despite having no qualifications (as if that means anything).  He is largely irrelevant unless Logan is feeling particularly evil and wants to set him against his younger brothers. He’s played by Alan Ruck.

Kendall Roy: The second oldest Roy child. Has [redacted for spoilers]. Kendall struggles with addiction, mainly coke, and aspires to be the head of the company. He is the proto-main character for the audience even though succession is more of an ensemble show.  He is also an aspiring musician iykyk. He was primed to take over the company for a while and he is suffocating under his father’s shadow.  He is played by Jeremey Strong. (Because he’s my favorite I have a playlist made just for him).

Siobhan Roy: She’s a flop. That’s all. Just kidding. Shiv is the only daughter of the Roy clan, and she largely wants nothing to do with the company. She’s much rather work behind the scenes in politics by getting people elected, is she successful?? That’s up for debate. She likes to pretend she doesn’t want a piece of the Waystar Royco pie, but she is kind of deluding herself.  She is played by Sarah Snook, who is not a flop at all.

Roman Roy: Roman is the baby of the family, and just like a baby brother he enjoys being a thorn in the side of his older siblings He is displayed as immature and childish and in a family of potty mouths his is the filthiest. He is also quite comedic, but he has a serious side. He too wants to be the CEO of the company. His personal life is quite dramatic as well. He is played by Kiernan Cullkin (yes you did read that right. His family is quite none for being left to their own devices….)

Other Key Players: These are some characters that are not in the direct line of the throne but are interconnected with the family drama.

Cousin Greg: Greg Hirsch is the black sheep of the family. He is kinda naïve, and he is unused to the world of the Roy’s. His grandfather is actually Logan’s brother, so Greg gets a job in the company through some good old-fashioned nepotism. His fellow Nepotism bestie is Tom who takes Greg under his wing.  He does end up getting caught up in some shady dealings later on. (don’t take my word for it but I think he’s our true dark horse of this show.) He’s played by Nicholas Braun

Tom Wambsgans: Imagine if Mr. Darcy was pathetic and it was Elizabeth Bennet’s family that had all the money and power in the world. Then you would have Tom.  Tom is the boyfriend, fiancé and eventual husband of Siobhan Roy depending on what season you are watching.  Tom is constantly seeking approval from the Roy family and eventually forms a strong bond with other Roy family adjacent Cousin Greg. He is played by Matthew MacFayden (Yes literal Mr. Darcy.)

Gerri Kellman: Gerri is an outsider to the Roy family however she is one of the most important pieces in Logan’s inner circle. She is one of Logan’s counselors and one of the only people who can actually get him to listen. She is also Shiv’s godmother, and it is a wonder how she let her become such a flop… She is played by J. Smith-Cameron

Marcia Roy: Marcia is the true hero of the show, meaning she has to put up with the entire Roy family as Logan Roy’s third wife and the stepmother to his demonic children. The Roy children are all quite scared of her because she holds cards they can’t imagine. She is played by Hiam Abbass

The entire show is just a series of backstabbing and toxic relationships. At the heart of the Roy family there is a twisted version of love that has each of the sibling competing for their fathers love in any way they can, even when they are stabbing him in the back. There is also subtle sibling dynamics and interactions that make the audience completely fall in love with the characters.  Season three finds us in the fall out of one of the biggest anime betrayals in HBO history. Lines are being drawn in the sand and sides are being chosen all around. There will be blood.

Succession airs on Sunday nights at 9:00pm/8:00pm central time on HBO Max.  At you can catch me live tweeting with my glass of sparkling grape juice at @ExquisiteWill on Twitter.

Check out my playlist for the whole messy Roy family here.