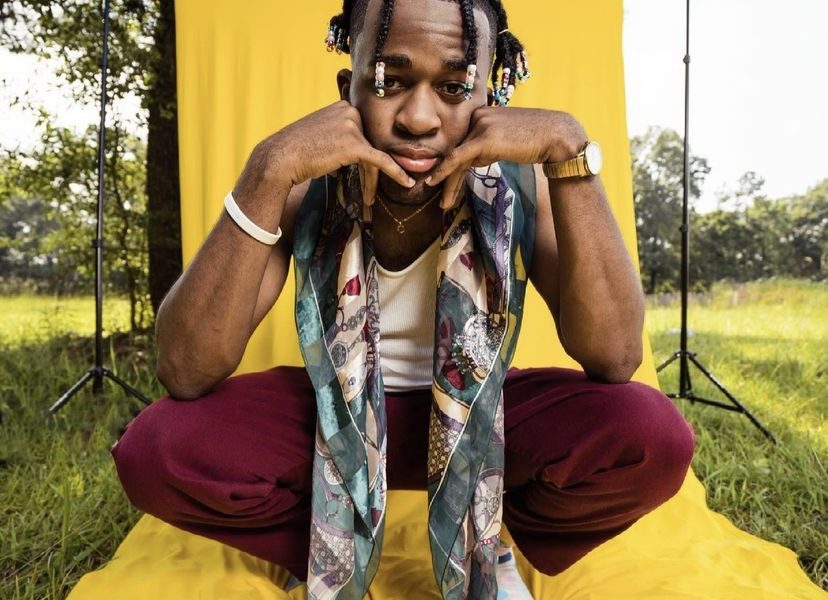 Hi Courtland! Introduce ya self

My name is Courtland, I’m 21 years old. I’m from Hammond, Louisiana but I’m based in Baton Rouge. I go to BRCC where I study entertainment technology, I’m hoping to transfer to LSU or Loyola in New Orleans to study film.

A lot of people see you as Courtland the photographer, where does film come into this?

Really, I’m trying to be a movie director. I bought a camera last summer to practice video, and I just started taking pictures. Really just to practice how the camera operates, and then I really just fell in love with that. That’s how i express myself now.

How long has film been your passion?

A year and a half. I was watching Snowfall during the pandemic and I was just like, ‘this looks crazy.’ Before that, i had always liked a lot of movies growing up, but I used to be into creative writing, so I always thought I was going to be into writing stories, I never thought the camera part was going to come up. Now I’m kinda colliding both worlds at the same time.

The Harder They Fall

Probably my next one

Have you shot anything on video yet?

I just directed my first film last week, it’s for Coach. It wasn’t paid, just some freelance work. I’m trying to collab my passion for film and my passion for fashion. I don’t feel like many people are doing that around here.

I’ve never shot on film before, but I like the aesthetic. I would say digital because that’s what I’ve used the most. I have edited shoots to look like film because a lot of my reference points come from old-school stuff so I try to pay homage to that through my art. I’m inspired by film but I haven’t done it yet.

What do you love about Baton Rouge?

The people. Especially with events like Taceaux Tuesday. I didn’t even know that existed last year and now that’s where I’ve met some of my best friends.

What’s your favorite memory associated with your photography?

Over the summer I did a Wing Stop campaign, I did a little commercial for them. That was technically my first time directing, but I had my close friends there. The fact we did it over summer meant it was really one of my first times actually hanging out with some of them and creating with them, it was just fun as hell.

What’s your greatest achievement so far?

Well, I just found out I got published in a fashion magazine in Paris.

What’s the hardest thing about the film and photography industry?

I can’t really speak about the industry because I’m not there yet. It’s hard for me to comment on what’s going on inside the room when I’m not even really in the hallway. But I would imagine, probably the opportunities for people of color; getting opportunities to shoot for bigger brands, higher industry fashion companies, the lack of people behind the camera. But, that’s just from the outside looking in.

What changes could be made to the industry to make it better?

The stuff that I’m doing, like freelance stuff for brands like Coach and Wing Stop, I just hope that gives more opportunities for young Black people to create with them and show creative direction. It’s only a matter of time though.

Do you have any other hobbies?

I like to read, I like to write too. I write scripts, concepts, I journal a lot too.

What are your future goals?

In the next few years, my goal is to be out of Louisiana, hopefully in New York or something, being a director, a real director. I want to be in a position to be able to put my friends and me in positions of power. I want to be one of the most influential directors from Louisiana, period. Fashion-wise, photography-wise, everything.

What other advice do you have for younger creatives?