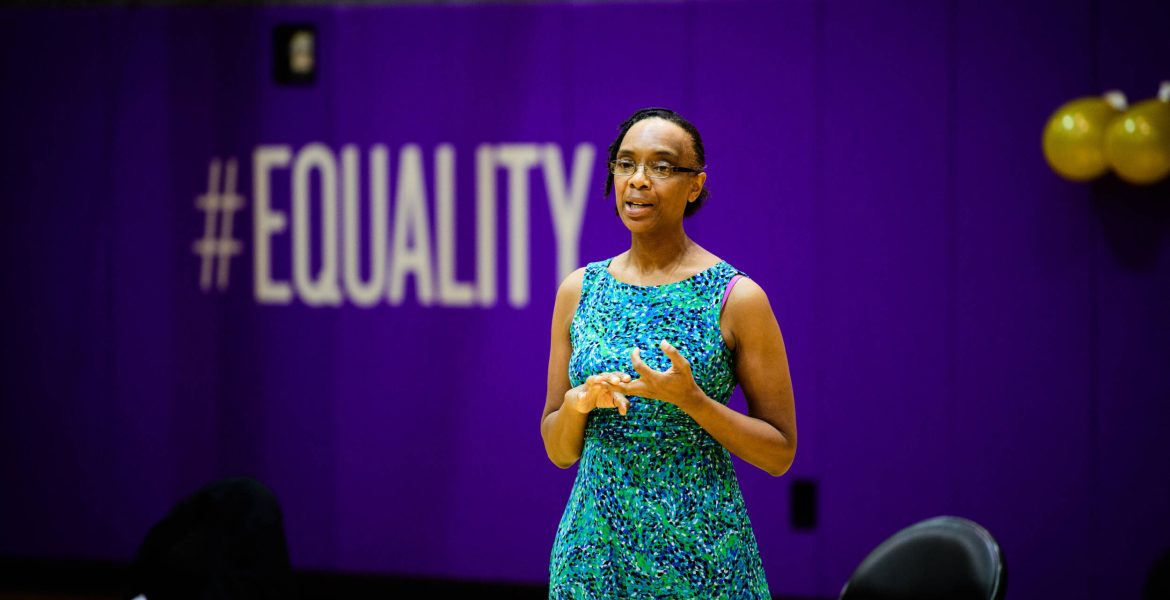 Where are all the Black professors, LSU?

Generett Bell has spent hundreds of hours in classrooms in his four years at Louisiana State University. He doesn’t recall any of his two dozen professors being Black.

“It makes me feel as if I don’t belong,” said Bell, a business major from Baton Rouge.

The campus culture at LSU plays a significant role in making both students and faculty of any background feel safe at the university. With few Black faculty, and those few scattered across different departments, some Black students have expressed feeling as though they are not represented in the LSU community.

“It’s not just about representation, it’s about meaningful representation. Representation is just having a black body in the front of the classroom, but Black students should be entitled to have a good education from qualified Black professors,” said international studies major Kiemi Brown-Rivers, who is also vice president of LSU’s African-American Student Organization.

Similarly to how students benefit from interacting with peers of all races, some Black students feel they are missing that same opportunity concerning faculty.

Digital art major Lester Antoine said that if there were more diversity among professors in all departments, there would be more of an understanding of students who are considered diverse. He described a situation where he believes he was ignored by a white professor when describing the hardships he was facing.

“If they had been a professor who understood diversity, they would be able to understand my situation,” said Antoine.

Among Black students, LSU receives mixed feelings about the lack of diversity on its faculty.

Some students feel as if having a faculty that does not accurately reflect the racial demographic of the student body makes them not feel like they belong at the University.

“I see a lot of Black women get degrees and doing what they need to do,” Antoine said. “However, I’m not seeing many Black men doing the same and striving in their areas of study.”

Some students like Antoine want their Black identities to be recognized. But to be recognized, they say, the challenges and obstacles they face also must be understood. A Black professor may act as a role model who has gone through a similar experience navigating a White-predominant academia space as a Black individual, they say.

However, some students recognize hiring more minorities will only be a band-aid approach to bringing in more Black professors. LSU needs to recognize and advocate for its minorities on campus and the diverse and intersectional issues faced within these groups, they say.

While hiring more Black faculty can provide Black students an optimistic reminder that they can achieve higher academic positions, Black faculty also need to be supported as individuals.

“Not belonging for some is absolutely damning,” Bell said. “You have to, at the end of the day, decide whether or not being in an institution like this [LSU] is worth it as a Black person because of not what others are going to say about you but what you are going to say to yourself every day.”

The internal battle faced here does not stop after receiving a college degree. Being recruited for jobs in higher education is another obstacle faced by Black educators.

Nikita Carney is a jointly appointed professor for both the Sociology Department and African and African American studies who says that unknown biases undoubtedly play a part in recruiting Black faculty.

“Unless people are able to acknowledge that these biases even exist, it is going to be impossible to undo the racist structure of the hiring process,” said Carney.

During the summer of 2020, LSU constructed what is called the Roadmap to Diversity that is to last until 2022. The roadmap seeks to address specific areas such as campus climate, faculty, students and staff.

Hiring committees are now required to renew training on diversity searches when hiring new faculty and to expand the scope and funds for dual faculty hires that include qualified and diverse candidates.

Carney said retention is one of the most important factors in recruiting diverse faculty, especially in universities where racist undertones define faculty retention.

“If you hire Black faculty but do not change the racist structures of the institution,” she said, “then you are just putting Black people into a racist situation and it would be a hostile work environment.”

Dereck Rovaris, who serves as LSU’s chief diversity officer, said there seems to be a steady rate of Black faculty retaining their jobs. The LSU Roadmap to Diversity shows one of the university’s main priorities is ensuring salary equity for any diverse or minority staff will be adjusted by 10% until equity is achieved.

While these retention rates are relatively high, that is not to say the University has not lost Black professors over the years.

“We have got to build infrastructure that makes sure that [Black faculty] feels supported. First they are welcomed, then they are supported, and lastly, they are included,” said Rovaris.

Stephen C. Finley believes that acquiring tenure is one of the most rewarding accomplishments and that awarding it is a proactive way to retain Black professors. Finley is a religious studies and African American studies professor and one of the few tenured Black professors at LSU.

“There might be a handful [of Black professors] in HSS (Humanities and Social Sciences) which is the largest college on campus that are tenured or on the tenure track,” Finley said.

The tenure process is multi-layered and involves peer review, which can be harder to achieve for Black professors, Finley said. It is exceptionally challenging to find peer review in a field of study that is less common, such as African American studies.

“I had to find people who were at research schools that could also evaluate African American studies and religious studies. You can imagine how challenging it can be to find five or six people who are willing to do that kind of evaluation,” said Finley.

Black professors at LSU argue that their importance to Black students’ higher education and that their presence makes an imprint on current and incoming students.

“We need to make LSU welcoming enough so that people want to stay here, even if they get offers from other places,” said Lori Martin, an LSU sociology professor.

Black professors, including Finley, feel they have to work harder and longer than their White counterparts, with no reward for doing so.

Finley noted the multiple implications of being a Black professor at a predominantly white institution (PWI). One major feature is the expectation for Black professors to represent the Black community in diversity and inclusion programs at LSU, without receiving the pay, credit or acknowledgement for the extra hours, time and effort put into doing so.

“Black professors feel like their work is judged differently. Like they have to do more work, publish more, just to get the basic respect that other people get,” said Finley.

A 2017 study published in the journal article “Recruitment without Retention: A Critical Case of Black Faculty Unrest” found that Black professors reported facing microaggressions by peers and colleagues on a daily basis. These comments stir feelings of discomfort and demoralization at work.

The researchers listed an array of “microaggressions and erosions to their credibility” that many Black women faced as faculty in predominantly white institutions. Comments included colleagues telling Black professors that they were an opportunity hire because of their race.

Microaggressions experienced in universities are nationwide, not just specific to LSU. However, professors at LSU, such as Finley, say more can be done to make them feel safer and included on campus.

“My experience working at a PWI comes with quite a bit of stress, and quite a few challenges that don’t often register at the institutional level, but which Black faculty talk about all the time,” said Finley. “Such experiences make it really difficult to be African American and a professor at a PWI.”

Black professors are also constantly being questioned and then having to prove their credibility in their field, according to the journal article.

“Black faculty are also placed in positions to prove their worth, or legitimacy of academic discipline and professional practice,” the article’s authors conclude.

The article describes the “questioning their authority in the classroom,” which can lead Black professors to feel alienated in this environment.

However, LSU does provide safe spaces for its Black student and faculty population. These spaces and organizations include: the African American Cultural Center, the Black Student Union, the National Association for the Advancement of Colored People, the Black Faculty and Staff Caucus, and the Office of Multicultural Affairs.

LSU has since made efforts to address its racial disparities within its faculty. The Roadmap to Diversity outlines the University’s initiatives moving forward.

Some timely goals include reconfiguring the Opportunity Hire Fund, which rewards professors who contribute to student engagement, and striving to hire 10% more diverse faculty annually for five years.

However, the diversity and inclusion efforts invested by the individual colleges remain sealed away. All 12 colleges were emailed with no response to questions about diversifying faculty.