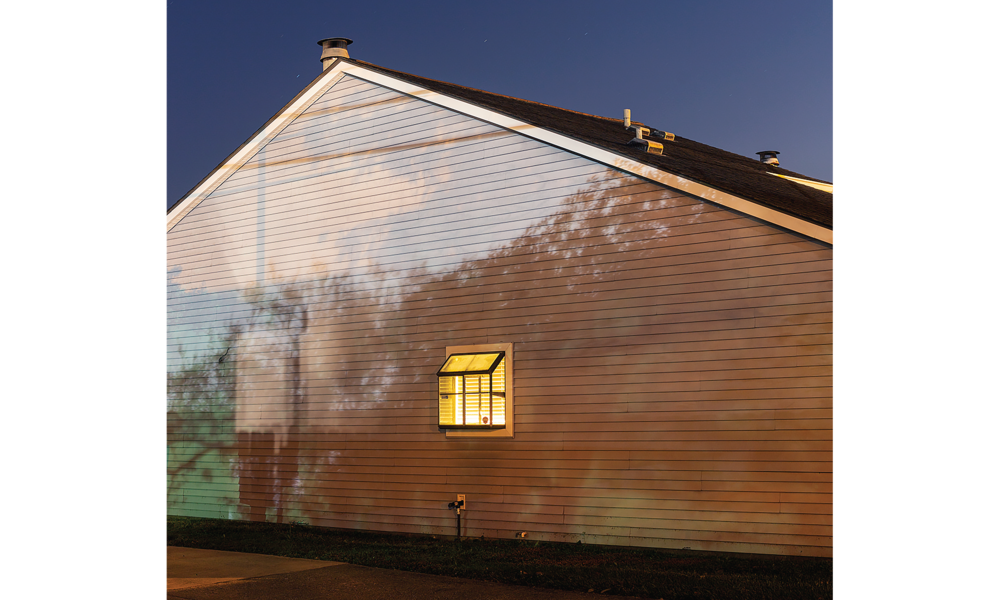 My appreciation for the arts is great; my ability to execute anything artistic is not. But speaking to LSU Alum and Vogue Italia feature Micah Viccinelli about his photography gave me an unnecessarily profound boost in confidence. He inspired me to search for my dust-covered disposable film camera and put it to use again. Like most hobbies I pick up, this one only lasted a day. But he definitely has a way of inspiring with his wise words and beautiful images.

From a young age, Baton Rouge native Micah Viccenelli felt like he belonged in the world of arts, music and writing. It wasn’t until Instagram came out, while he was working at WholeFoods, that his passion for photography clicked (excuse the pun).

Over the years, Viccinelli has photographed in lots of cities including New York, L.A., Paris, Amsterdam, Berlin and London. Doesn’t this sound like a dream?

“I would end up in abandoned buildings and photograph them. I think the aspect of meeting new people is something I really enjoyed,” he said with a beaming smile.

At this point in our conversation, I was very much ready to log onto eBay, find a $500 professional film camera, hop on a Greyhound bus and travel the country taking (probably awful) pictures. While this idea did sound wildly attractive, Viccinelli was quick to remind me that a career in photography is not all sunshine and rainbows.

Viccinelli wasn’t the first and probably won’t be the last photographer to let me know that the grind in the creative industry is not simple, nor is it easy. According to Dane Sanders’ book ‘Fast Track Photographer’, 60% of photographers give up their business in the first year, 25% fail within the second year.

“I started out doing illustration in school; then I went into photography, expecting it to be an easier choice. I was very wrong,” Viccinelli said, seemingly with no regret. “But there are ways to make it slightly easier, especially for young people in Baton Rouge who aren’t always exposed to creativity. Social media has a good way of connecting people; there’s a ton of photography groups out there. Keeping up with what your peers are doing is an interesting way to develop your interest as a photographer,” he added.

A couple of days before I reached out to Micah Viccinelli, his post appeared on my explore page.

The process for applying to feature on Vogue Italia is simple: photographers can submit two photos every Monday from 8 a.m. to 8 p.m. The process of being selected, however, is not so, it’s very competitive.

“I submitted twice before this; the first two times, I got rejected, and this time I made it,” he said.

The beautiful image captured by Viccinelli is titled ‘Almost Home’. It is one of the images that are a part of his larger project named III of Swords. The project was devoted to a period of time after his mother died.

“The image was a reference to something I used to tell my mom when I was a kid, I would be like ‘almost home’,” said Viccinelli. “The project was about grief, growth and connection.”

He captured the image just as he was leaving his house with a friend. “The light was shining perfectly, and I decided to take the photo,” he recalled.

One thing I admire the most about professionals in the creative industry is their ability to know, yet alone admit to themselves that they’ve done enough and the project is complete? For Viccinelli, his answer was pretty simple “you’ll know when it’s done,” he said in a confident tone. “I would describe it almost like an impulse or a driving force; like when it’s done, It’s done.”

There was another topic I wanted to discuss with Viccinelli before we ended our conversation: Bird Cage, his really cool clothing line.

Viccinelli is currently not working on his clothing line right now, but with winter being his prime time for sketching, making logos, and creating clothes, I reckon we can expect something in the works soon.

“This line is more of a side hustle, but I’d like to keep it going; it’s always fun to do,” he said.

So, what does the future hold for Micah Viccinelli? Well, he seems pretty optimistic about his future career, whether that’s in photographing for publications, freelance work, or teaching photography in the U.S. or abroad.

He credited a book he read called Think and Grow Rich written by Napoleon Hill. “I learned from it that if you see yourself doing something, you will make it to that point. As long as you enjoy what you’re doing now, that’s all that matters,” he concluded.

Micah left us with one more piece of advice.

“Always be the first person in your corner. You have to believe in yourself, back yourself up and know that you can achieve whatever ambitions you have. Don’t be your own worst enemy, and don’t let anyone tell you that you can’t do something. As long as you believe and put in the work, it’s achievable.”

Fun fact: Micah Vicinnelli is a plant dad, enjoy this photo of his plants.